Florica TSIROGIANNI, President of the group FILOZOIKOS VOLOU WORLD ASSOCIATION AND NATURE “Kosmos kai Fysi” (means World and Nature) has reported the horrific details of a mother found stabbed to death whilst giving birth to her babies in Alikes,  Volos, Greece.

A local resident in the area found a sack tied with blue rope, inside the sack was the horrific sight of the female dog with stab wounds to her head and body, 4 NEWBORN PUPPIES dead, 3 more newborn puppies still alive covered in birth fluid in the sack and she appeared to have more unborn puppies inside her womb.

Florica TSIROGIANNI, President of the group FILOZOIKOS VOLOU WORLD ASSOCIATION AND NATURE has stated the horrific murder has been reported to Police in Volos.

”This hideous crime is not the only thing we have recorded in this area, however often we are witnessing brutal abuse”

* It is unclear at this stage as to the welfare of the 3 puppies said to be found alive.

Only one press statements has been released at 17:30 GMT via F. TSIROGIANNI from the group FILOZOIKOS VOLOU WORLD ASSOCIATION AND NATURE, stating a ONE THOUSAND EURO Bounty has just been announced leading to information to find the killer. Phone 6938060539 Email zoofilkf@gmail.com 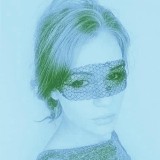 Jesusfuckingchrist, it is so easy to hate some people.

i want to kiss you

there are some sick mother F,er out there!..

WHAT THE FUCK is wrong with some people – I just cannot comprehend the thought process of anyone who would do this…. I mean…. bloody hell, I can’t even find the words!!!!! 🙁

This deeply saddens me it breaks my heart I can barely even look at it. Someone who would do this is absolutely evil and has no soul.

This has ruined my year

they are fudeing wrong, do not correct my spelling

OMG! May their souls rest in peace.

The poor puppies and the poor mother. My heart aches for these innocent dogs.

This is cruel beyond words and who ever did this needs to go straight to jail.