In Indonesia and other Asian countries these backwards people believe that the tears from the Slow Loris can treat eye diseases in humans. In order to obtain tears of the big-eyed lorises, skewers are inserted into the animals’ anuses and run through their bodies until they exit the mouth. The still-living animals are then roasted over an open smoke filled fire and the tears that stream from their eyes are collected: In addition to the ignorant medical practices of these dimwitted people another threat to these gentle creatures is the pet trade,

After being snatched from the wild, slow lorises have to suffer a painful procedure to prepare them for their lives as pets. Their teeth are often cut off with nail clippers or pulled out with pliers to prevent the loris from injecting venom into its handlers and future owners. This cruel mutilation can leave the loris suffering from infections, and often results in a slow and painful death. But their torture doesn’t end there, with the lorises exposed to stressful conditions until they reach their owners. If intended for the international trade, the loris can be transported in overcrowded conditions with poor ventilation. The stress placed on the animals during this transport stage results in a mortality rate of between 30% and 90%. If the lorises remain in their native countries like Indonesia, they are taken to illegal animal markets where they can be exposed to extreme heat. All of this evil cruelty so vacuous, selfish, fur hags like Rihanna the pop singer can take a “selfie” with a Slow  Loris  and or Lady Gaga can buy an illegally obtained loris to use as a prop in her stupid music video [glad the loris bit her :)] or others can have them as a “pet” 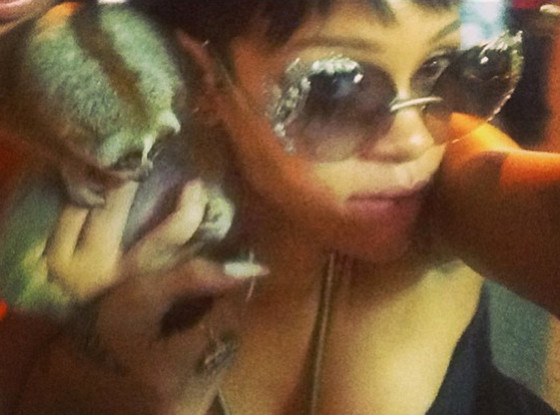 1 thought on “Today’s Monsters are Indonesia and Cambodia”