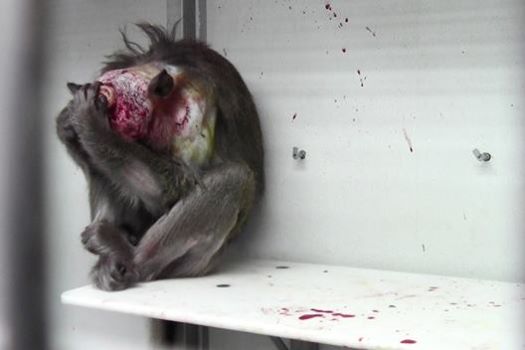 – – – URGENT CALL FOR ACTION: – – –– – – STOP THE DEATH SHIPMENT FROM MAZOR FARM! – – – Following a research done by us in collaboration with , one of the leading newspapers in Israel, a major article about Mazor farm is about to be published tomorrow morning. The article exposes that Mazor farm is trying to ship 300 monkeys to laboratories in the US, possibly via local monkey traders. There is even a concern that the monkeys are in fact destined to a breeding farm that Mazor farm itself is involved in its establishment. The export request is now waiting for the decision of the Israeli Attorney General, the Minister of Environmental Protection and the General Manager of the Israeli Nature and Parks Authority.

We would therefore ask you to urgently copy the following letter or similarly write your own and send to:

I have recently learned that Mazor farm is attempting to export 300 monkeys to the United States. According to the information published, the monkeys are destined to a farm in the US that trades monkeys, and from there there is no way to tell what will be done with them. Such an export of monkeys is contradictory to the Israeli policy of wildlife protection, which until January 2015 permits exportation of monkeys from Mazor farm for medical research purposes only. Mazor farm’s attempt to export such a large shipment of monkeys, just a few months before the regulation which bans monkey trading becomes in fact, raises the concern that the farm tries to relocate the monkeys in order to avoid the new regulation and the restrictions it imposes on monkey trade in Israel. I therefore urge you not to authorize this export request. The state of Israel must not permit monkey trade which stands in complete contradiction to its own policy (which is rather lenient in first place). Such an export permit of wild animals will place Israel next to various thrid-world countries, which permit wildlife trade without any serious control from the state’s side.

Please share this post and ask your friends to write as well! We must not let the farm ship any monkey anywhere!

Committed to rescuing all remaining monkeys,

1 thought on “STOP THE DEATH SHIPMENT FROM MAZOR FARM!”