4012 Pharris Rd Cookeville, TN 38501 Phone number (931) 252-2791
“We used Ms Truscott to care for our dogs for a number of years without incident. This last time however she betrayed our trust so completely that i would give NEGATIVE stars if i could.

We left our two dogs with her when we went out of town for a week in mid-April. When we returned we phoned her to say we were back and would like her to bring the dogs home, and to please call. She did not phone. The next morning she knocked on the door with one of our dogs (Fern). Susan said that Fawn had “died peacefully in her sleep” while we were gone. Susan said she found her “cold little body in the doggie bed”. She said she cried. She said (and her boyfriend elaborated) that they buried her in a little coffin in their pet cemetery. She hugged me. I asked how Fern had taken the loss of Fawn. She said Fern had been fine, playing with a poodle puppy they had, and were looking to sell. (hint hint?) Discussion of the poodle puppy came up twice more in the conversation.

That was April 22. On May 1, Fawn was picked up in Algood (about 15 miles away) with terrible injuries which needed surgery. Fawn then spent the next week or so in the animal shelter. I was not looking for my lost dog, since i’d been told she was dead. I happened to look at the shelter web page and saw Fawn’s picture staring at me. We went and rescued her from the shelter.
WHO LOSES (or worse) a tiny dog and then LIES that she died instead of telling the truth?

DO NOT ENTRUST YOUR BELOVED FUR BABIES to this sitter.” 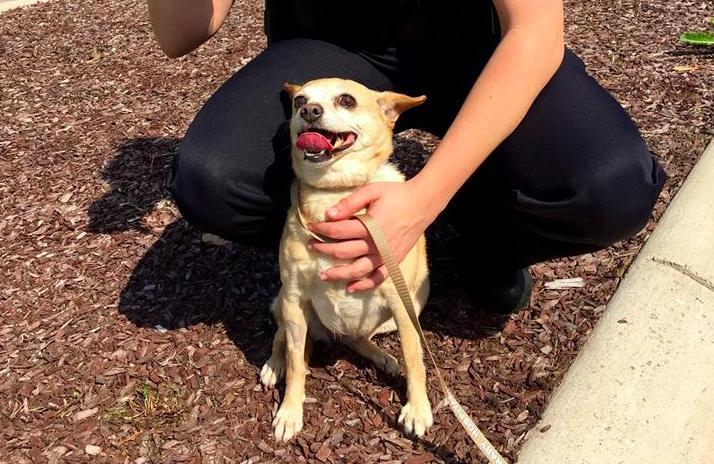 Another review on yelp from 2009 about Best Friends Critter Sitter:

Lauri S.Saint Charles,   5/27/2009
I give this kennel 0 stars!!!  They claimed to have lost our dog, once I got the sherrif involved, they suddenly “found” him.  Turns out the sherrif has been called there alot!!  Do not use this kennel!!!! 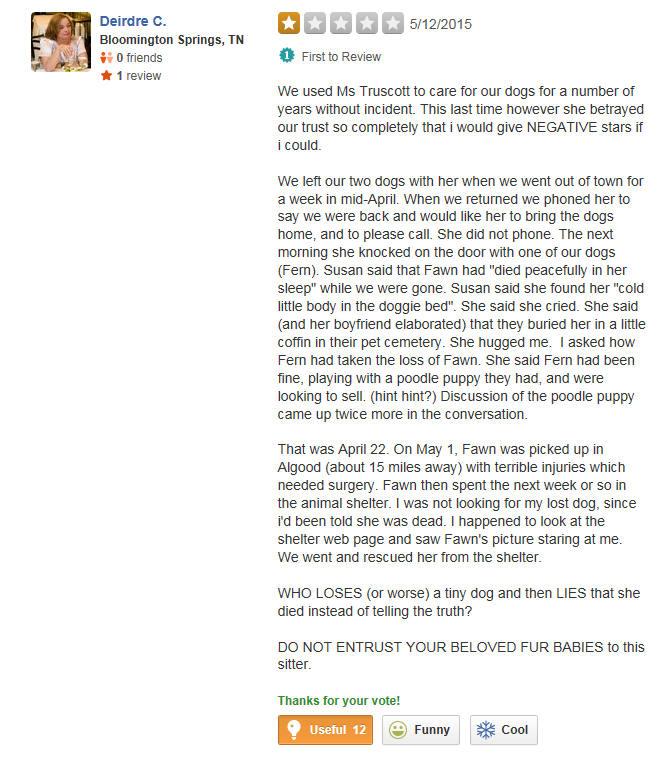