Hold Christian Aldair Barrera-Quiroz accountable to the fullest extent of the law for the abuse/neglect/cruelty and willful starvation of this small dog that we now call Doodles. 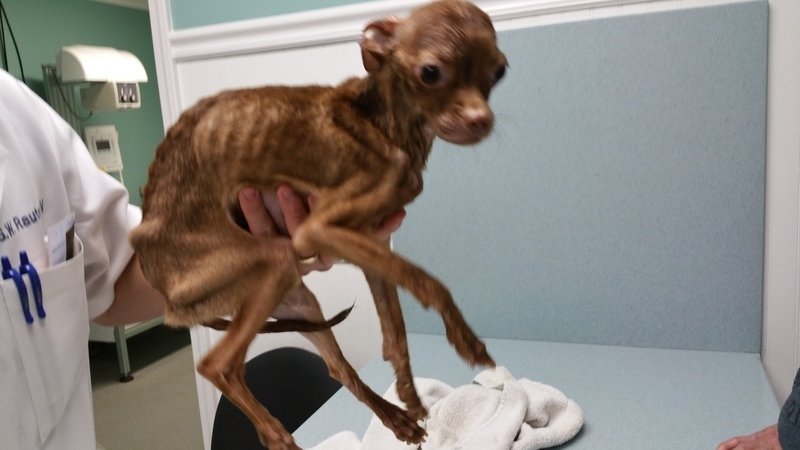 When Doodles was discovered in the vacated home of Christian Barrera, he was nothing more than skin and bones.
Doodles was left to die. He starved for weeks. Mean while his owner was staying around the neighborhood and didn’t even give a second thought about the little dog. Even returned to the home several times for other things but still did not feed the dog. Doodles was taken to Johnston Animal Hospital after being discovered, where Dr. Rauton told us that he had never treated such an emancipated dog in his entire career. With prayers, love and most of all food, Doodles survived and he now has a forever home. A warrant was issued for Christian Barrera and he was arrested and made bond. But his charges have been down graded to a lower court and most likely a small and insignificant (if any) sentence. That is an outrage and injustice! We have got to take a stand and hold abusers accountable in our judicial system. With so many avenues that he could have taken, he choose to abandon and starve a helpless creature that relied on him for everything.I find it so disheartening to believe that we ,as a society, can allow people to be this cruel and abandon any responsibility just because we feel like it. Just trying to imagine, day after day, sitting in an vacant home, with no food, no water, NO NOTHING, for days and then weeks. That is cruelty. Please take a stand and say,”NO MORE” and ask for the maximum penalty that the law will allow. Thank you Please Sign: http://tinyurl.com/ChristianAldairBarrera-Quiroz