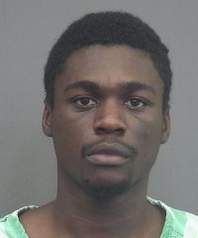 Officials filed animal cruelty charges against a Gainesville man Friday on allegations that he beat a puppy to death, the Gainesville Police Department reported.

Gregoire and his girlfriend adopted a 4-month-old pit bull mix on June 11 from Alachua County Animal Services, police reported. A medical exam prior to the adoption showed no obvious signs of injury or illness.

On June 13, Gregoire returned the puppy’s remains to Animal Services wrapped in a towel and told staff the puppy was found dead in its crate.

A forensic necropsy found the puppy had a fractured femur, six broken rib heads where the ribs connect to the spine, two broken ribs, the right eye protruding from the socket, a broken bone above the left eye, severe brain hemorrhage, multiple broken teeth and bruising on the head and back.

“The veterinarian who completed the forensic necropsy advised the cause of death is multiple blunt force trauma to the head and the manner of death is ‘non-accidental killing,’?” GPD Detective Victoria Young wrote in the arrest report.

Under police questioning, Gregoire reportedly said he intentionally stomped on the puppy’s back and hind leg, kicked the puppy multiple times and hit it on the head with an open hand. He then pulled it by the leash down the hallway, where the puppy hit the wall.

Gregoire reportedly told officers his actions were meant as discipline

3 thoughts on “Meldwige Gregoire BEAT A PUPPY TO DEATH”