If you wear leather look what you support…….

Leather: Hell for Animals and Children in Bangladesh

Every year, an estimated 2 million cows from India are bound, thrown onto trucks, and transported thousands of miles to Bangladesh in order to circumvent Indian slaughter bans. Video footage reveals that many cows were emaciated, exhausted, and so malnourished that they couldn’t stand up by the time they arrived. They suffered from broken tails and open, festering wounds. The eyewitness did not see any veterinary care given to the animals. 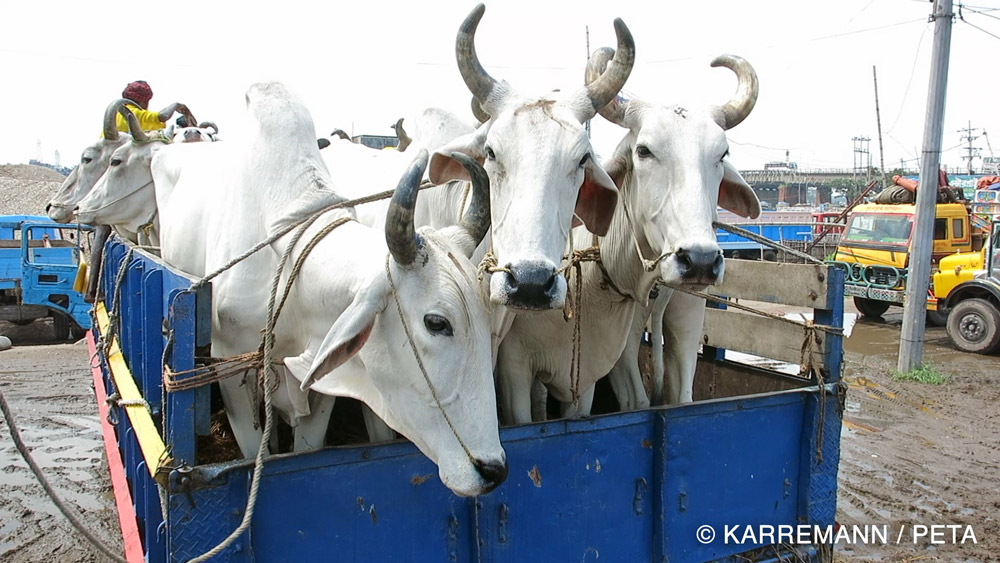 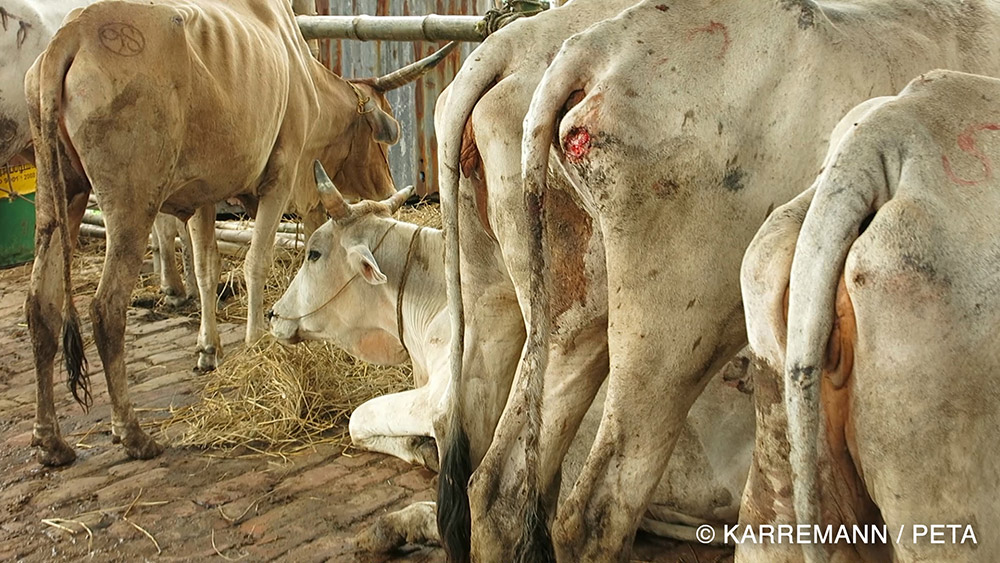 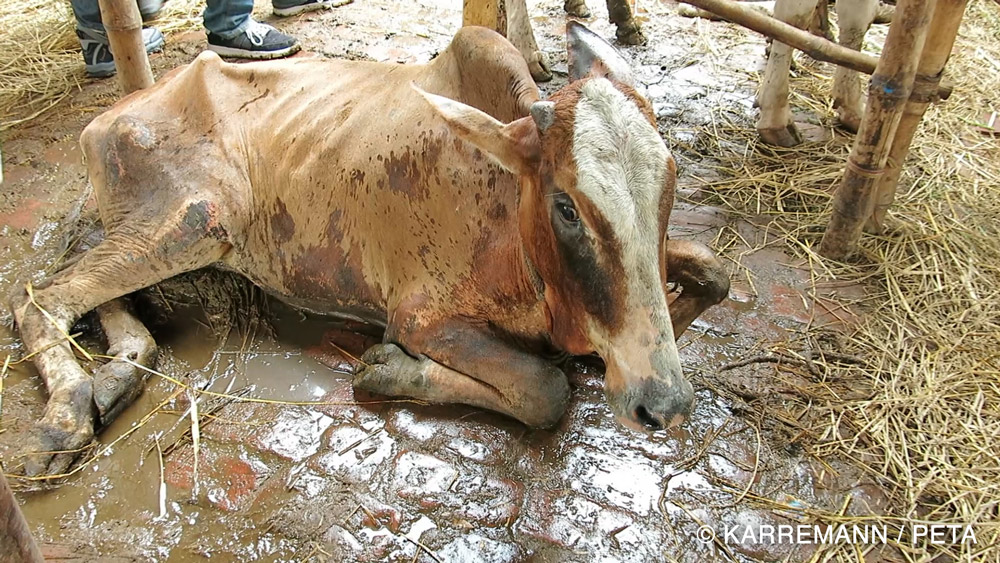 Cows and goats are often illegally slaughtered for their skins on the streets of Bangladesh at night, and the animals are forced to watch others’ throats being cut with a knife. In official slaughterhouses, workers bind their legs and slit their throats—all while they’re still conscious. As seen in the video footage, cows are sometimes still alive and kicking as their skin is ripped off their bodies. 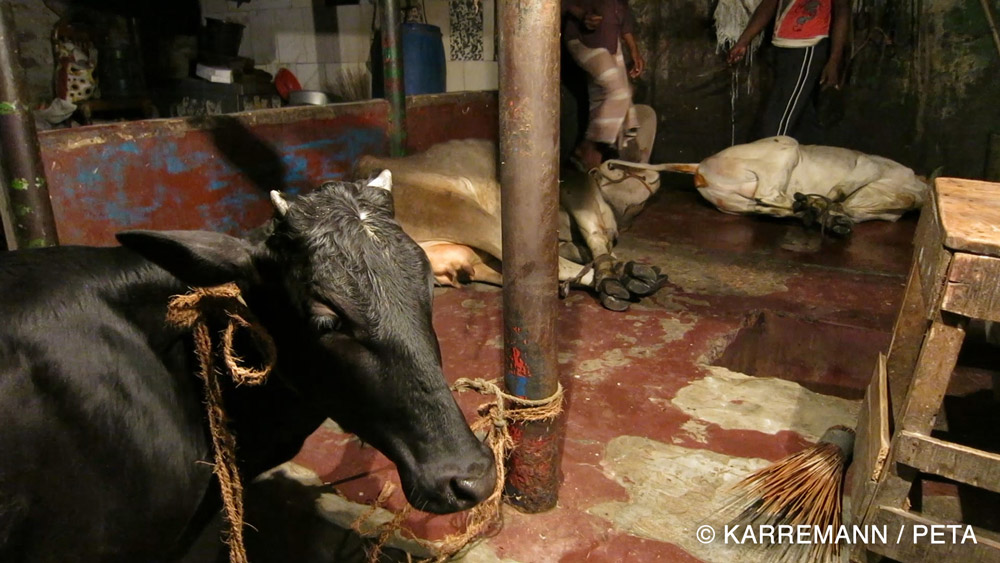 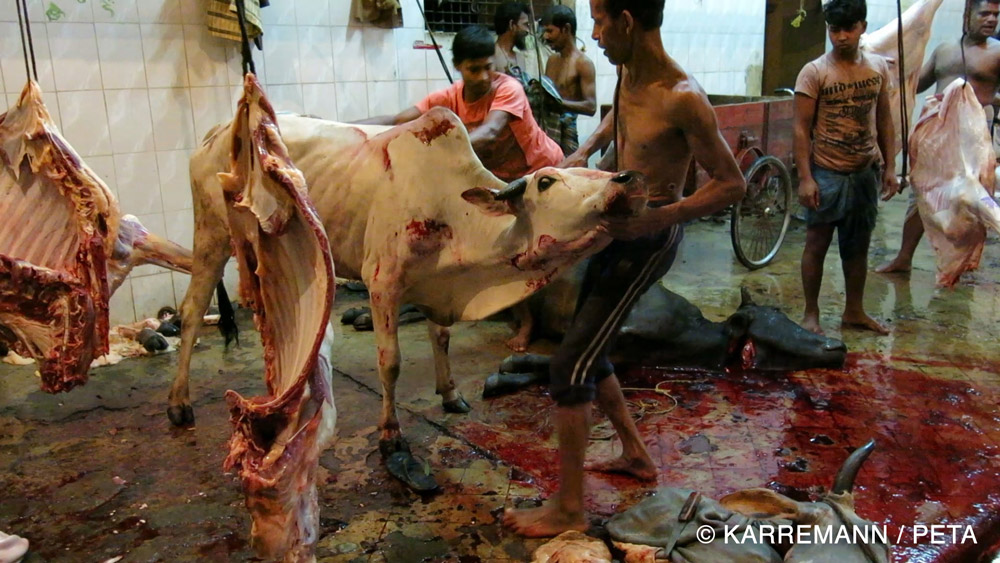 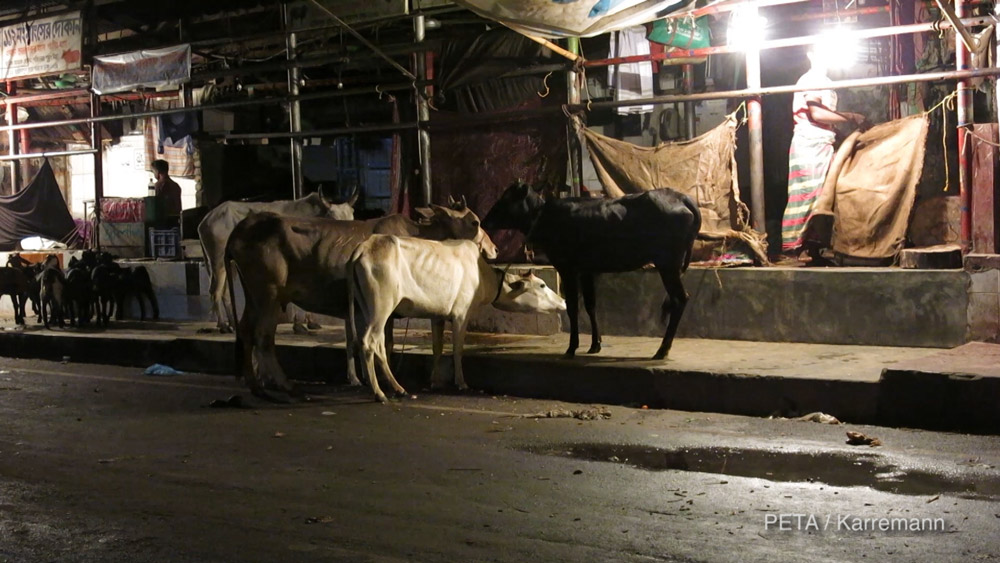 Workers, including children, were documented performing hazardous tasks such as soaking hides in toxic chemicals and using knives to cut the skins, which are then used to make hand bags, shoes, and other leather products that are sold around the world. Children even operate machinery. The unprotected workers stand barefoot in cancer-causing chemicals and use acids that can cause chronic skin diseases. An estimated 90 percent of these tannery workers die before the age of 50. 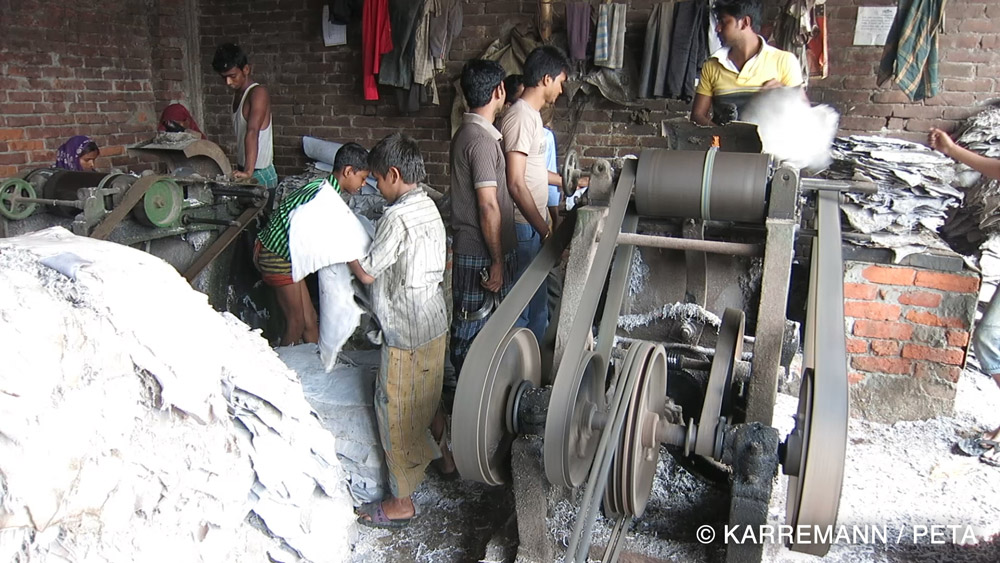 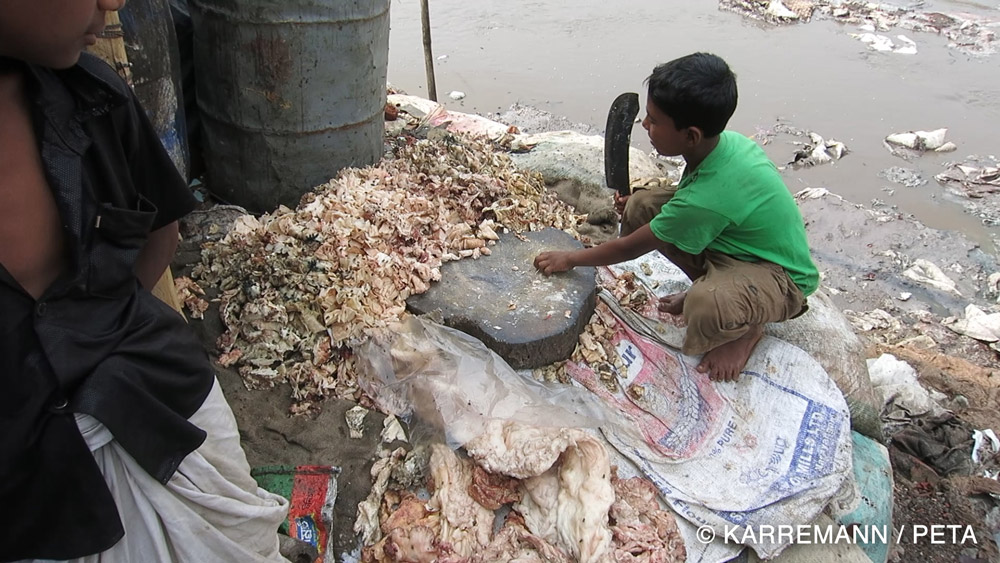 The eyewitness visited several businesses in an area of Dhaka that has more than 150 tanneries but not a single sewage plant. Toxic chemical substances are instead dumped into the nearby river, killing animals in and near the water and causing a threat to public health. 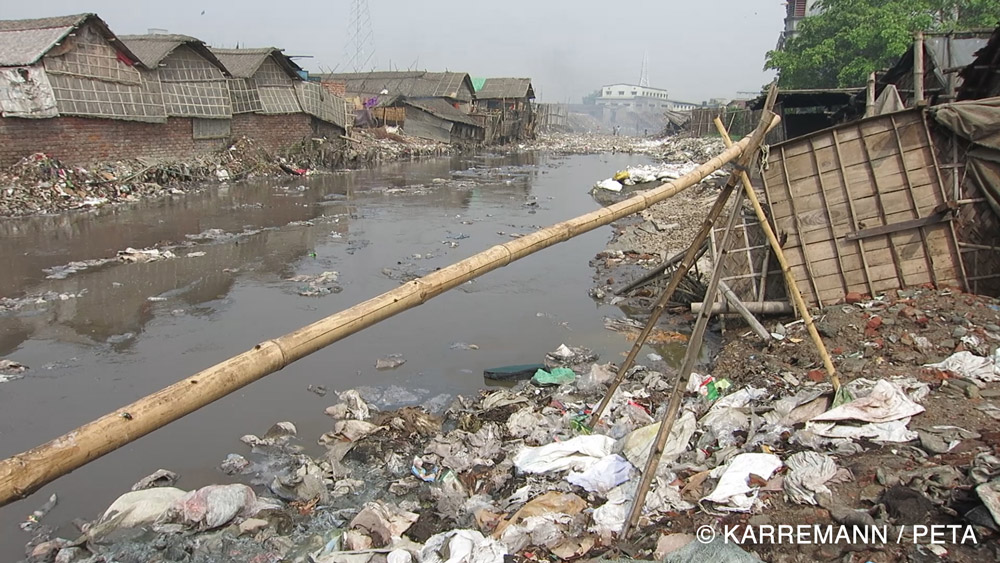 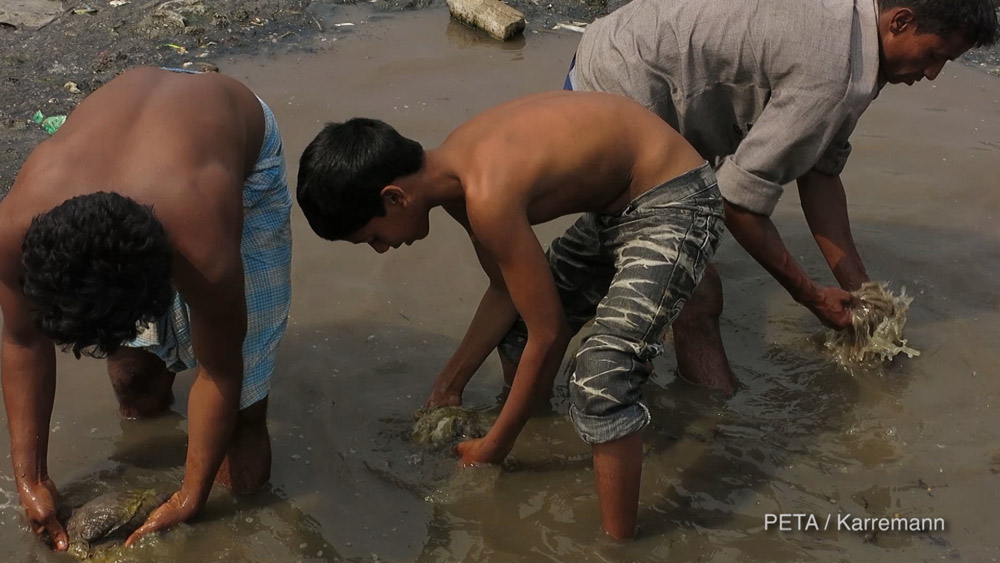 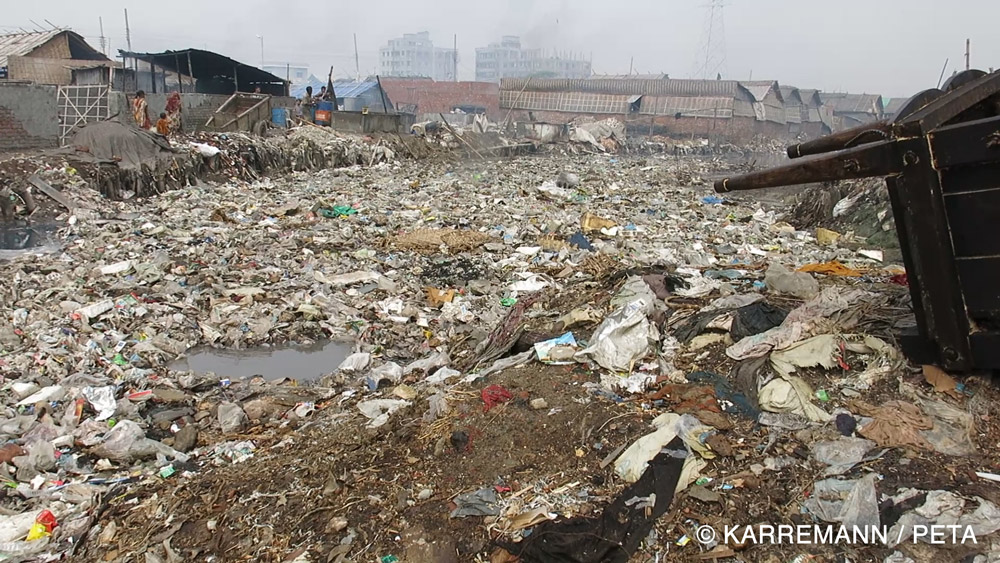 You Can Help Animals and Children!

No matter where it comes from—Bangladesh, China, India, or even the U.S.—leather is the product of a cruel industry. Leona wants you to know the facts and pledge never to wear animal skins again. Your pledge will let designers, retailers, and others who profit off cruelty know that animal skins belong on animals, not in your closet.

Take the Pledge to Be Leather-Free!

Fight cruelty to animals by pledging never to wear or buy leather. Learn more about the cruel leather industry and make a conscious choice to practice compassion and spare animals’ lives.

Places that sell and trade and keep this horrific industry running

2 thoughts on “IF YOU WEAR LEATHER, SORRY BUT, YOU ARE A MONSTER”