Skip to content
source: The Dodo
https://www.change.org/p/help-free-kaavan-the-elephant-from-28-years-of-solitary-confinement/u/13529187
Address: azad kasim? Pir Sohawa Rd? Islamabad 54000, Pakistan
Phone: +92 51 9205644
The fastest way to ensure an abused animal’s suffering continues is to witness it and do nothing. This is a story of someone who did the opposite.

Last month, Samar Khan was on vacation in Pakistan when she stopped for a visit at the Murghazar Zoo, in the capital city of Islamabad — but the cheery outing was soon drained of any joy. There, Khan encountered one of the world’s saddest animal captives, a male elephant named Kaavan, whose torturous existence was too much for Khan to overlook.

YouTube/Junoon Extra“I was astonished and sad to see the elephant was standing at one place throughout the time (I spent almost 45 minutes in the zoo) and his legs were all chained up,” Khan later wrote. “He was moving his head from left to right continuously and not once I saw that he stopped … the first thought that came to my mind was that he was drugged. He kept standing at the same place without moving a leg. The only thing that was moving in his body was his head, from left to right … it was a pitiful sight.” 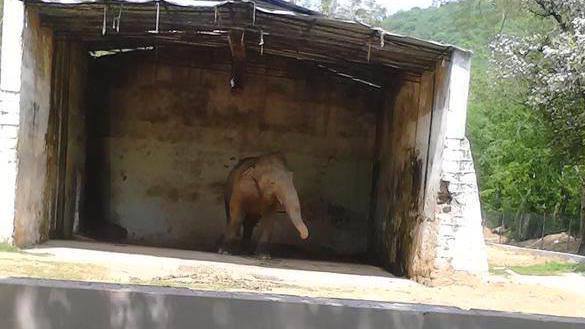 Facebook/Unchain Kaavan the ElephantWhat Khan witnessed that day on her brief visit was just the latest scene from the elephant’s long, tragic life. Kaavan had been sent to the zoo from Bangladesh three decades earlier, when he was just a calf. Since then, he’s spent most of his life shackled in an enclosure by himself, exhibiting tell-tale signs of psychological torment.

Every year, the zoo attracts around a million visitors, most of whom likely pass Kaavan’s enclosure and carry on their way. Khan, on the other hand, was spurred into action.

Once back home in California, she launched a petition on Change.org informing others of what she’d seen and calling on them to help bring about a better life for Kaavan— and the response was overwhelming. In a matter of days, more than 30,000 people from around the world had added their names to the petition.

From Khan’s single voice, a multitude’s joined the call. Together their voices were too loud to ignore. 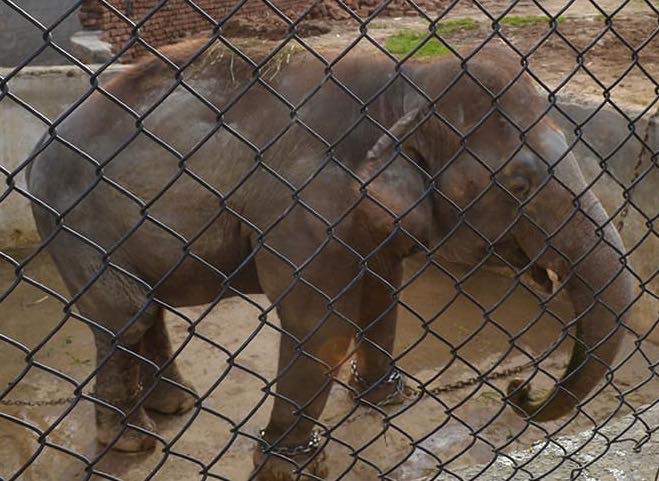 Facebook/Unchain Kaavan the ElephantIn light of Khan’s petition, Islamabad’s government entity overseeing the zoo, the Capital Development Authority, held a meeting that will give Kaavan no small level of relief from his suffering. Officials announced that the lonely elephant will be freed from his shackles, according to The Express Tribune.

“The chairman has strictly directed to remove all chains at earliest,” Sheikh Suleman, director-general of the environment, told the paper. “Chairman has ordered the zoo management to follow standard and international protocols defined for the captive animals.” 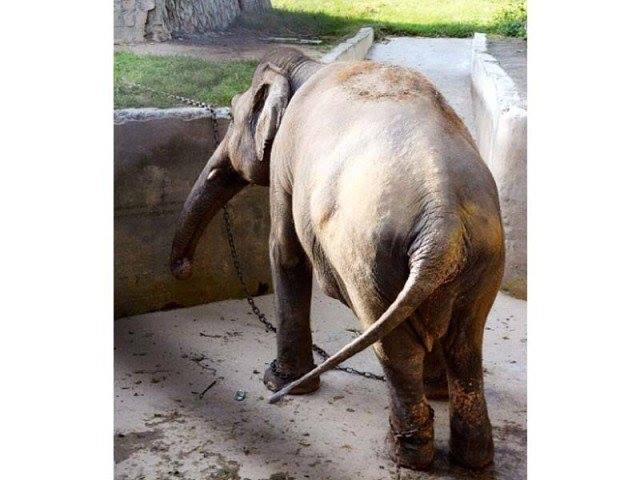 Facebook/Unchain Kaavan the ElephantUnless his handlers fail to comply with the orders, Kaavan’s quality of life will soon be greatly improved — but true freedom is still out of reach. While Khan’s petition proves that a grassroots effort can help bring about change, it has yet to secure what the captive elephant needs most: to be relocated to a place where he can live in peace.

“Please speak up for Kaavan!” Khan urges. “Put pressure on the authorities to phase out their elephant exhibit and send Kaavan to an elephant sanctuary abroad!”