A  female endangered jaguar, named Juma was shot dead only moments after having been named the “mascot” for an Olympic torch ceremony in the remote Brazilian city of Manaus. 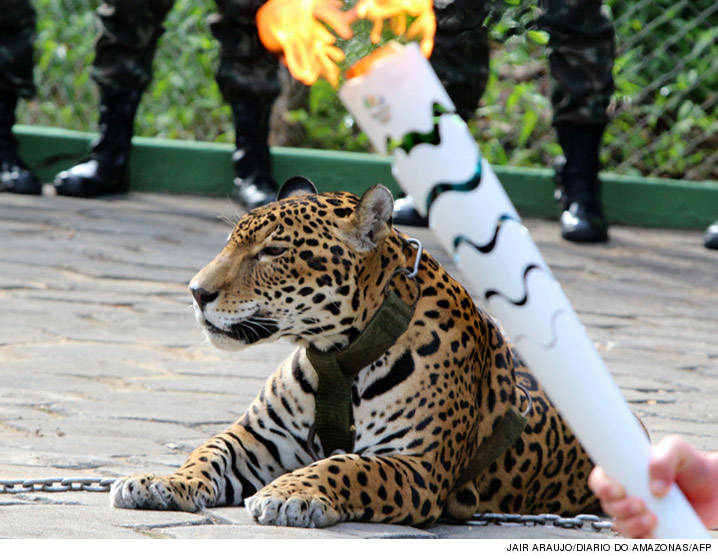 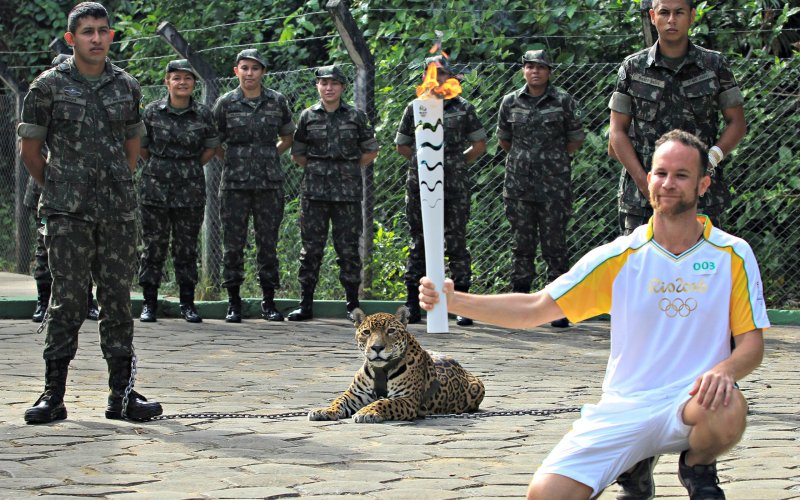 Juma, a female jaguar, was just yards away from the Olympic torch, where she was held at bay by two guards with chains around her neck.

Following the event, however, Juma escaped from a truck that was carrying her back to her zoo cage.

While a team of vets tried to recapture her by sedating her with tranquilizers, they failed to make an immediate impact on the jungle cat. A Brazilian soldier opened fire on her – saying that she had reportedly come close to attacking another soldier.

“Efforts were made to capture the animal by firing tranquilizers. But even though the animal was hit, she still advanced towards a soldier that was stationed nearby,” Brazil’s Amazon Military Command said in a statement. “As a safety procedure and aiming to protect the soldier and the handlers, a pistol was used to shoot the animal. She died at the scene.”

Juma was a jaguar at CIGS zoo, which is part of the army’s jungle warfare-training center and the home to numerous animals captured by soldiers on patrol. 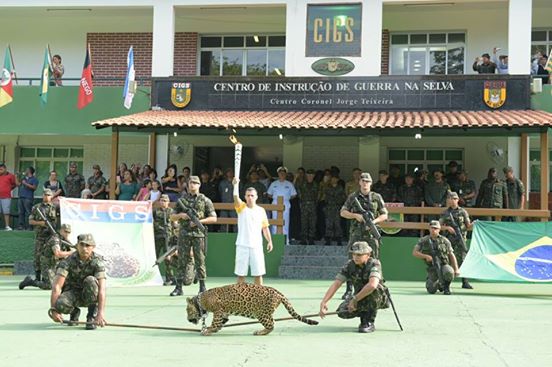 The Amazon Environmental Institute has launched an investigation into the killing. The institute said that it had not given permission for Juma to be used in the ceremony. Instead another jaguar, Simba, was supposed to be used for the ceremony.

If the Brazilian army is found to have breached environmental regulations it could face a fine of between $800 and $8,800. The jaguar is an endangered species in the Americas, where it has seen a 30 percent reduction during the past three decades.

The killing of Juma led to an outpouring of anger on social media, where commentators called the army out for acting “irresponsibly” and “incompetently.”

Click here to sign a petition (in Portuguese) calling for an end to the use of wild animals in exhibitions and shows in Brazil.