Man Adopts Shelter Dog Then Shoots Him To Death, Police Say It’s Not A Crime

In March, Ryan Landry of Berlin, New Hampshire, responded to a post in a Facebook group about Bruno, a shelter dog who needed a home. Before leaving the shelter with the one-year-old, mixed breed puppy, Landry signed a contract with the organization. As part of the agreement, he was informed that he had the right to return Bruno at any time free of charge and with no questions asked.

A week before taking the pup into the woods to kill him, Landry tried to give the dog away on Facebook. In his post he described Bruno as a “great dog in need of a great home.” Landry also stated that Bruno was “great with other animals and with kids.” He said he just didn’t have time for him. 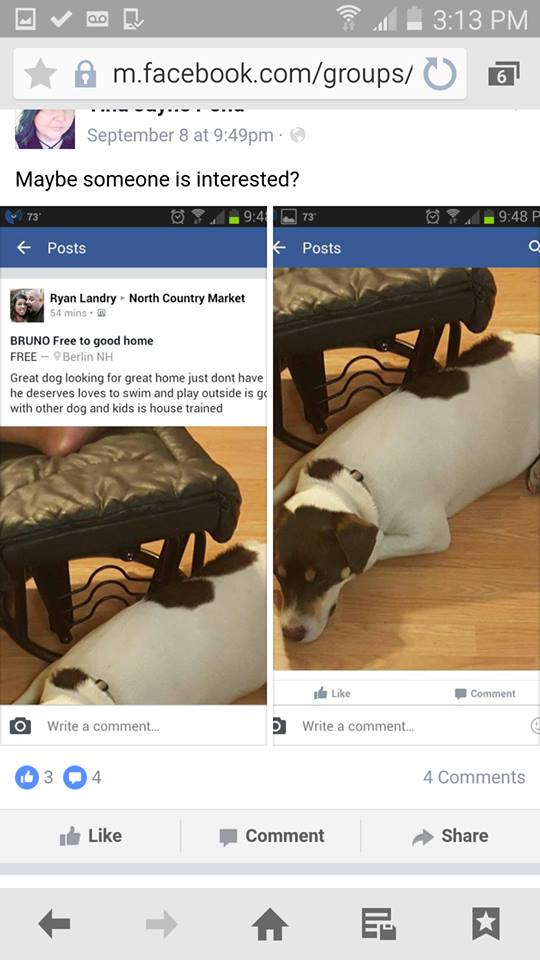 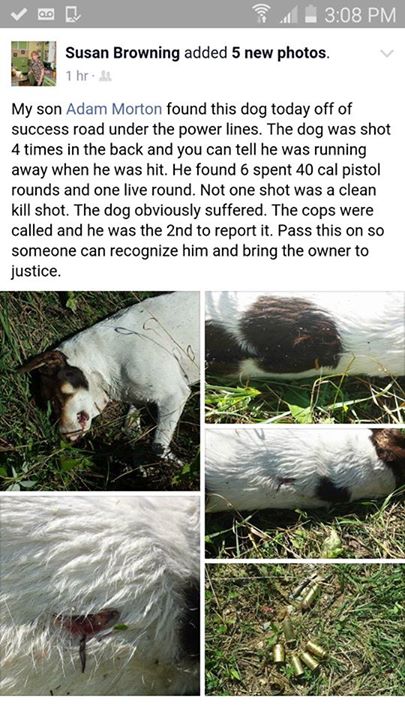 A local resident walking in the woods discovered Bruno’s bullet ridden body in September. He states the dog was shot at least four times, and the wounds were on various parts of his body. The man was so disturbed by what he saw that he took photos of the dead pup, along with photos of the scene where he found the dog.

The pictures show at least two bullet wounds in the dog’s back, injuries which would have caused him to suffer terribly, before he finally died.

The man who found Bruno counted six additional spent rounds at the scene. All of those bullets were also apparently fired at the dog, but didn’t strike him.

Determined to find out who had committed this horrible crime, he took all of the evidence he’d gathered to the local police. He also uploaded the photos to Facebook, asking if anyone recognized the now deceased pup.

Social media went to work and quickly matched the photos of the dead animal to the photos which Ryan Landry had posted of the “great, kid-friendly dog” he’d recently tried to get rid of.

Landry didn’t deny pumping the dog’s body full of bullets. He claimed that he had “no choice” but to take the pup into the woods and shoot him in the back and other areas of his body. When questioned by police, Landry claimed that Bruno had bitten three children, even though only a week before he posted that the dog was “great with kids.”

Of course even if Bruno had bitten a child, Landry had many choices. He could have taken the dog back to the shelter where he got him. It would not have cost him a dime and the organization would have worked to place the dog in a appropriate home. He could have called animal control and they would have either returned him to the shelter or made the decision to euthanize him, if it was determined that he was a “dangerous animal.” He could have posted on Facebook that he was going to kill the dog for biting his kids if someone didn’t take it, instead of claiming that it was great with kids and he just didn’t have time for it. As a last resort, he could have had the dog humanely put down by a vet.

In spite of the horrible way that he killed Bruno, leaving him to suffer and die alone in the woods, Landry was not charged with a crime. That’s because shooting a dog to death isn’t a crime in New Hampshire.

Bruno’s murder has caused outrage across the state. Animal rights activists want to see the state’s law changed. An online petition addressed to the New Hampshire State Legislature, along with New Hampshire Governor Margaret Hassan, urges lawmakers to pass Bruno’s law. The law would make it a felony offense to shoot a dog in the state.

Here’s more on this story from WMUR.

New Hampshire is one of 27 states that has no law against shooting dogs.

You can sign the petition to help get Bruno’s law passed in New Hampshire by following this link.