Sully was abandoned in a locked up house with no food or water for weeks he ate the sofa cushions because he was starving. JENNIFER COOK CARUSO Left Sully locked up in the house while she moved away not giving a second thought to poor Sully who must have died a painful devastating death of starvation. 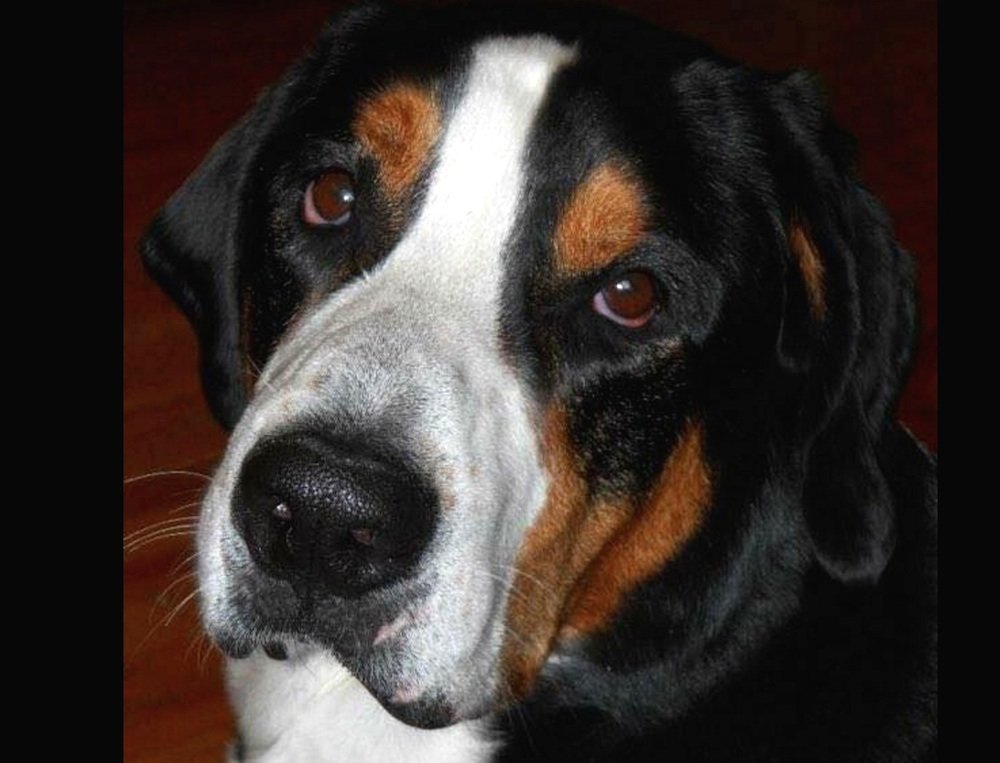 Speaking in a low voice and saying few words, Jennifer Caruso, 36, stood next to her attorney and explained to Judge Louis Dinice, of Central Municipal Court, that after she moved from Northvale to Norwood in November with her children, she shuttled back and forth between the two residences. But in December, she left her dog, who was 11 years old and had lived with the family for more than six years, in the care of someone else.

She pled guilty to abandoning the dog, who was named Sully, and failing to provide the dog with food and water. Charges filed against her for not providing shelter or veterinary care were dismissed.

Police found the dog’s emaciated body inside the home at 442 Crest Drive on Feb. 18 when they responded to a report of an alarm going off and water seeping under a garage door. Police said at the time that Sully, a Greater Swiss Mountain Dog, apparently had been left alone for an extended period of time and may have eaten couch cushions because there was no food left in the house for him.

After the judge confirmed with the prosecutor that Caruso would be placed on probation for six months and that she would be processed following the proceedings, Kay Riviello, president of No Kill-New York.org, began to yell toward the judge.

“Do we realize that the dog is dead,’’ she shouted, leading the judge to direct a Bergen County sheriff’s officer to lead her out of the courtroom.

“The dog is dead. Dead,” Riviello shouted before leaving the courtroom. “She killed the dog.’’

Afterward, standing outside the courthouse on Hudson Street, Riviello said she planned to make a complaint to Roy McGeady, the presiding municipal judge in Bergen County, saying that state law requires that she get a minimum of 12 months probation and called the proceeding illegal.

“It needs to be vacated,’’ Riviello said. “It was devastating. For a second there I thought Judge Dinice might have some clarity, or give a hoot that the dog is dead.”

Caruso’s attorney, Dominick Succardi, declined to comment. Members of Bergen County’s Society for the Prevention of Cruelty to Animals, which issued the summonses to Caruso, were seated in the back of the courtroom but declined to comment as did the prosecutor handling the case.

A month before Sully’s body was found, her Caruso’s former husband, Dustin Cook, 36, was arrested on weapons offenses after police said they found a machine gun and an assault weapon at the home where he had been living in another part of Northvale. The search stemmed from a restraining order hearing in family court, police said.

A family acquaintance said Cook had moved out of the Crest Drive home more than a year ago when his marriage broke up, leaving the dog because his new home did not allow pets.

Before Tuesday’s hearing, seven demonstrators held signs and shouted “Justice for Sully” and “No fine, jail time.” Among those holding a sign was Christie Malyso of Washington Township, who owns a 3-year-old Greater Swiss Mountain Dog named Mason

“It just really hit close to home, and I just I immediately became passionate about it,’’ Malyso said. “Penalties for animal cruelty are way too lax. There is absolutely no reason why $1,000 fine and probation is warranted here. She should be in jail.”

When Caruso exited the Hudson Street building, she shielded her face with a folder and entered a sports utility vehicle as demonstrators standing outside and holding signs shouted “dog killer” and “animal killer.”

4 thoughts on “Jennifer Cook Caruso Starved Her Dog To Death”