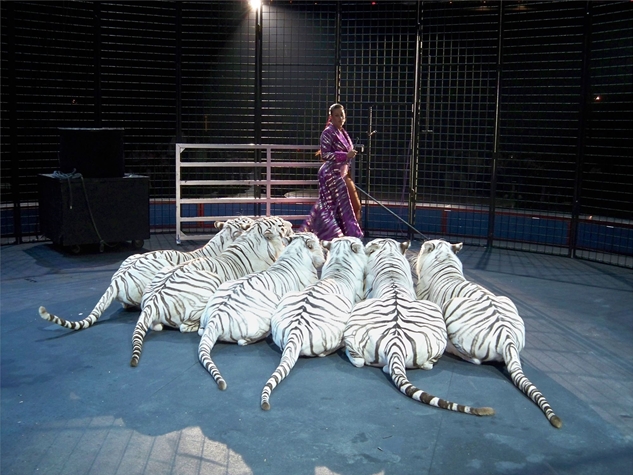 These tigers are exploited, enslaved and abused behind the guise of an “educational program” The only thing this teaches children is that it is somehow natural for these majestic cats to be kept in cages while whipped and humiliated to perform tricks. This is wrong and any parent who would allow their child to attend and view such  blatant cruelty and an outright crime of the nature of wildlife should also question their parenting values. 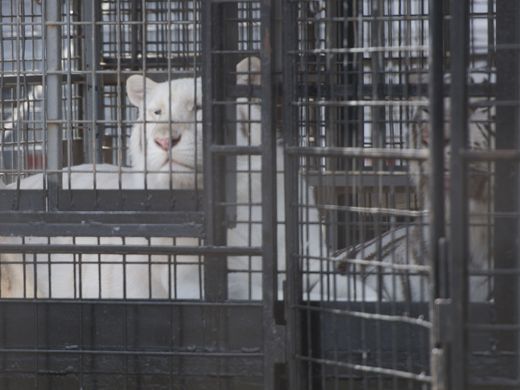 Please do what you can to see that these outdated and inhumane shows are seen as just that; dated, inhumane, speciesist and archaic.

One small advancement arose out of this; A spokesperson for the fair states that they were shocked to see the video and will no longer allow “animal acts” at the fair in the future; they will only allow petting zoos and livestock which are just as bad but, baby steps, baby steps!

Most private owners and roadside zoos seem to be using Wal-Mart’s discarded meats to feed their cats.  Please ask Wal-Mart to discontinue enabling the breeding and exploiting of big cats by providing free food.  While Vicenta claims in this article to pay for food from Wal-Mart, that is unlikely given the recycling program Wal-Mart provides free through http://www.questrecycling.com/food_services_meal.shtml

Vicenta is a fifth generation performer, her father is Jorge Pages Jr. of the Pages circus family which originated in Cuba and arrived in the US as Circus Pages. Her mother is Frieda Logan-Pages who is the daughter of former Clyde Beatty Cole Bros. Circus elephant trainer Fred Logan.
She began performing on trapeze at one, trampoline at four, on ponies at age 8 in her first solo act. It was around that age when she asked her father when she could join him in the arena with the tigers, he told her when she was older. At age fourteen she reminded him of that fact and she joined her father in the presentation of the family tiger act. At 18 she began performing solo with the tigers.

At age 19 she began a tour with the Ringling Bros. Barnum and Bailey Circus. Her run with Ringling Bros. ended on Labor Day 2009 and Vicenta is now reduced to performing at fairs, festivals, special events and possibly theme parks throughout North America.