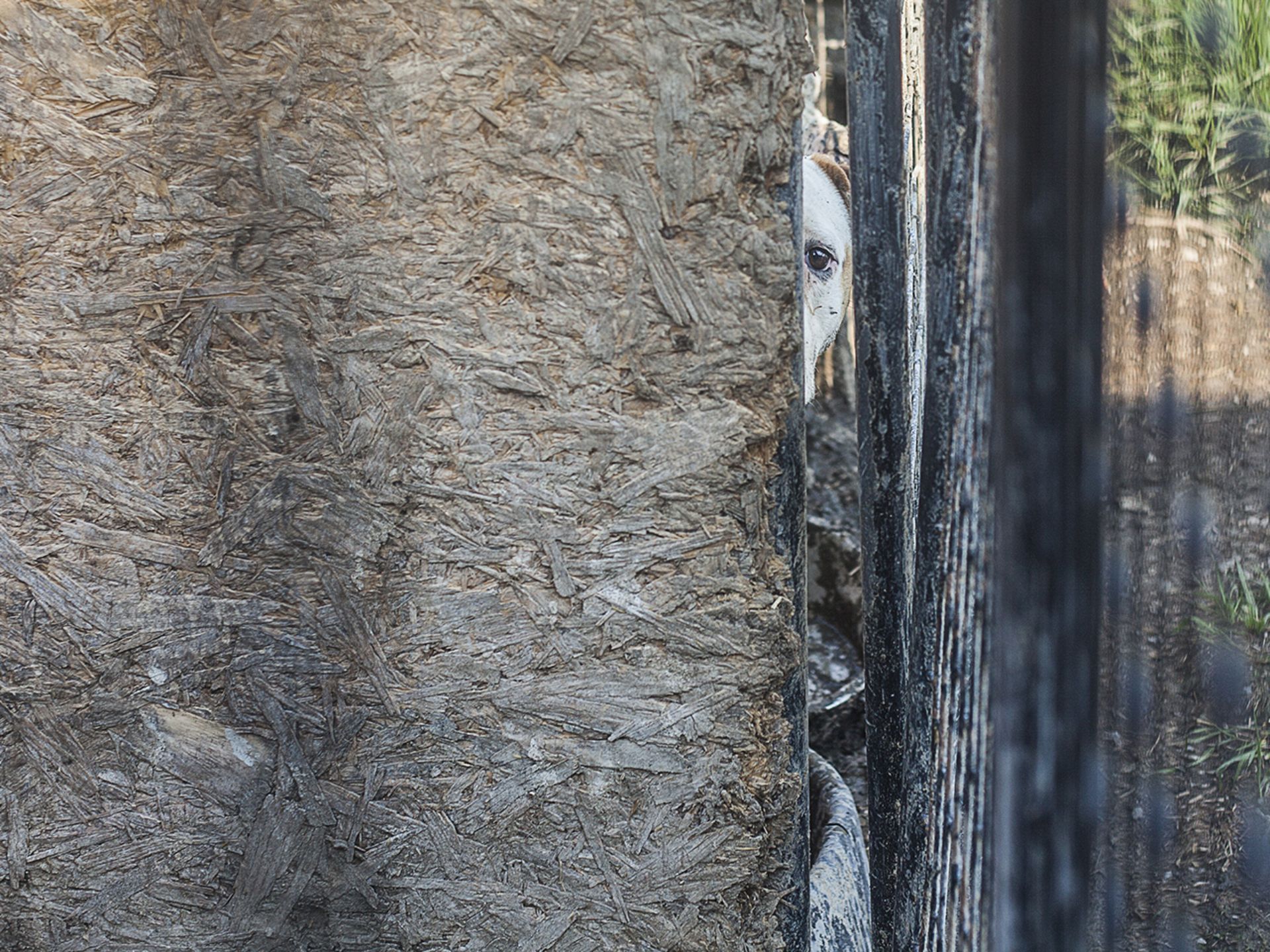 http://wishtv.com/2015/05/06/animal-control-removing-dozens-of-dogs-from-muncie-home/
Animal rescue officers and local police rescued 46 dogs and one lizard from deplorable conditions in a home at 3900 N. Nebo Road Wednesday evening. Dogs in the home were malnourished and living in extremely unsanitary conditions, many of the dogs were suffering from life-threatening medical issues. Eighteen dead puppies, along with a several reptiles, were found frozen inside of a freezer in the home. The homeowner, Jacob Ryan Pelfery, 23, was arrested on multiple counts of animal cruelty charges. Source www.thestarpress.com

Ryan Pelfrey was found with eighteen dead puppies and six reptiles in his freezer. The 23-year-old reportedly also had 46 dogs in his home, and is facing charges of animal cruelty and neglect. Animal control had been called after a meter reader was horrified by the animals’ living conditions and called the police.

It is reported that the 46 dogs were living in mud and feces. Some witnesses stated that every part of the house had feces on it. An investigator for the city’s animal control stated that Pelfrey kept three or four dogs in each kennel, and that he is certain that there was dog fighting involved. Animal Control also found the dead puppies and reptiles in plastic bags in the freezer. Reportedly, there were also dead turtles in the freezer, and it is unclear as to why Pelfrey was keeping them there.

All of the dogs were washed and examined at Pine Acres Kennels. Local veterinarians came to attend to the animals, vaccinating and evaluating each animal’s status of health. Some of the animals had parts of their face or ears missing, and others were too weak to walk. The dogs will remain at Pine Acres for 30 days while Pelfrey is facing his charges, and all are expected to make a full recovery.

Ryan Pelfrey is being held in the Delaware County Jail on a $65,000 bond. He is facing charges of animal cruelty and neglect. Please support this petition by signing the petition, link below, and bring justice to all these animals.

http://animalpetitions.org/91850/justice-for-puppies-and-reptiles-found-dead-in-freezer/
Other Articles about this monster:
MUNCIE – Phil Peckinpaugh spent much of Thursday trying to find temporary homes for 46 dogs rescued Wednesday from a Nebo Road property he called a “hell for dogs.”

Most of the canines — several of them American bulldogs — remained at American PineAcre Kennels on Thursday night.
The dogs were also examined by a veterinarian from the State Board of Animal Health.
Peckinpaugh, director of the Muncie Animal Shelter, was in contact with animal rescue groups in his bid to place the dogs, or to make room for some of them at the shelter by finding lodging for some of the Gharkey Street facility’s current occupants.
The dog’s owner — 23-year-old Jacob Ryan Pelfrey — remained in the Delaware County jail on Thursday, preliminarily charged with three counts of cruelty to an animal, four counts of improper disposal of an animal carcass and 20 counts of neglect of a vertebrate animals.

Jacob Pelfrey (Photo: Photo provided)
His bond was set at $85,000.
Authorities said Pelfrey’s home — at 3900 N. Nebo Road — was filled with feces, both on floors and in makeshift dog crates that held some of his animals.
Deputy Mitch Corry, who arrested Pelfrey, wrote in a report that when he entered the house “the smell of ammonia from dog urine was overwhelming to the point I could hardly breathe.”
Other dogs were held outside in cages that Peckinpaugh said were filthy and also full of feces. The animals did not have immediate access to food or water.
Peckinpaugh said five of the dogs had tested positive for heart worm. They will be treated, he said, adding he was “incredibly optimistic” none of the animals would need to be euthanized due to ill health or injuries.
Several of the dogs have bite wounds in various stages of healing.

Source THE STARPRESS
Department of Natural Resources officers on Thursday examined the frozen remains of six reptiles — two turtles, a snake, and three lizards — found in Pelfrey’s freezer.
Also found in the freezer were the bodies of 17 puppies. (Peckinpaugh at first thought he recovered 18 puppy carcasses, but one ended up being a frozen fish.)
Pelfrey on Wednesday declined to speak to deputies, and officials remain baffled as to why he froze the dead animals.
“I couldn’t tell you what he was trying to do,” Peckinpaugh said.
The animal shelter director said those who have asked how they can help the 46 rescued dogs could make them “doggie care baskets” (containing treats, toys, beds and bones) or make donations to Animal Care Hospital, where eight of the dogs were being treated Thursday.
Contact news reporter Douglas Walker at (765) 213-5851. You can also follow him on Twitter @DouglasWalkerSP.