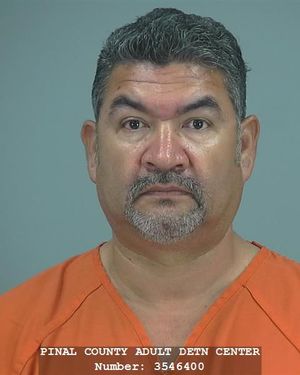 Martin Benavidez hung a puppy by his leg.

UPDATE  Martin Benavidez will be appearing in court tomorrow morning; If you can show up in court on behalf of Spur the 6 month old Queensland Healer that Martin Benavidez hung from his leg. Allison Lance will be there 360-298-0368 or email allisonlance1@gmail.com
Court location:Pinal County
Superior Court Administration
971 Jason Lopez Circle
Building A
Florence, AZ 85132
520-866-5401
Clerk of the Court

SAN TAN VALLEY — A 51-year-old Pinal County  man has been arrested on animal cruelty charges after hanging a 6-month-old puppy by its hind legs, authorities said.

The Pinal County Sheriff’s Office said Martin Benavidez was arrested June 16 in the 9900 block of Asbury Lane in San Tan Valley after a neighbor reported hearing a dog whimpering.

The neighbor told PCSO deputies she went outside and saw the dog hanging upside down and whimpering in pain in her neighbor’s horse stable.

“When deputies arrived, they found the dog cowering under a table in a covered horse pen,” said Sheriff Paul Babeu in a statement. “It was no longer hanging, but was clearly injured, as it could not walk.” 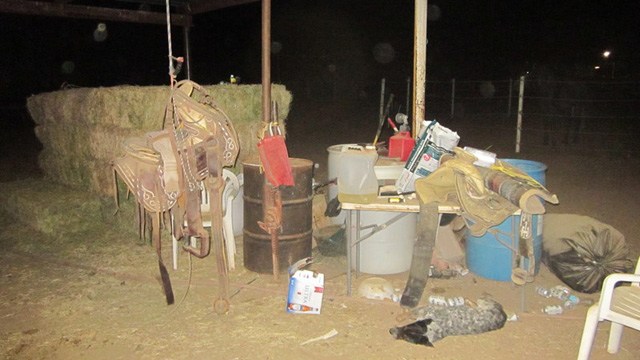 Benavidez told deputies he was training the dog, a Queensland Heeler, but denied hurting the him.

“This is a horrific case of animal abuse and for the owner to think he was training the dog is absurd,” Babeu said. “The dog was being tortured, not trained.”

The dog is recovering at the Pinal County Animal and Control Shelter.

“I find it deplorable for a person to think that blatant animal cruelty is training a dog,” said Pinal County Animal Control Director Audra Michael. “He should now know that it won’t be tolerated here in Pinal County. The dog is with us and is recovering from the injuries.” 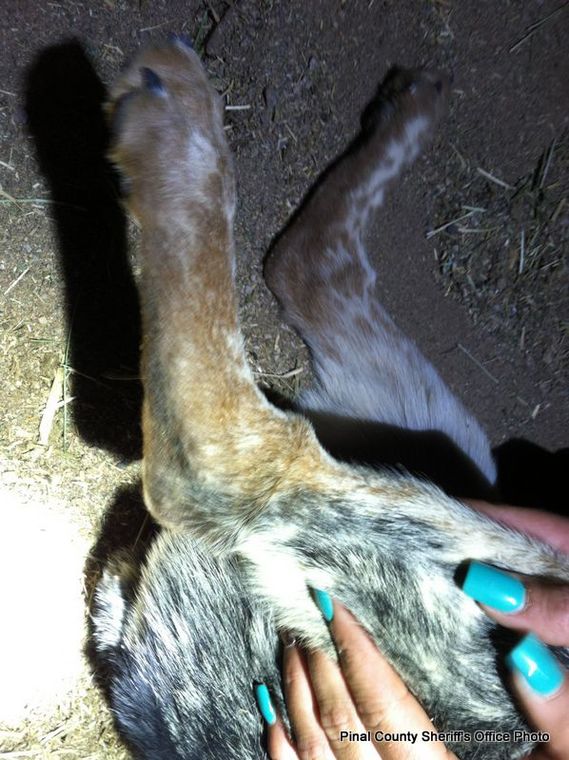