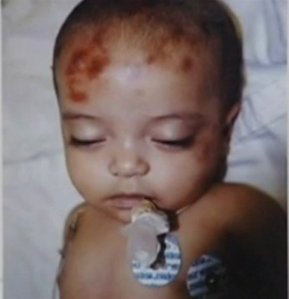 The thing [Stephanie Lopez]that gave birth to innocent little baby Brianna will be released from prison in a few weeks so I wanted everyone to remember what she did to her child.

Brianna Mariah Lopez was tortured every day of her 5-month-old life and then she was murdered. Her mother Stephanie Lopez, father Andrew Walters and Uncle Steven Lopez

The autopsy concluded that Baby Brianna died from cranial cerebral injuries. She suffered 13 human bite marks throughout her entire body, bruising and scraping injuries throughout her he

Brianna Lopez who is also known to many as “Baby Brianna”, was a baby girl who was born in a New Mexico hospital on Valentines Day, 2002 to her mother, Stephanie Lopez and her father, Andy Walters. She would have turned eleven years old on February 14, 2013 but sadly, she never made it.

When Baby Brianna left the hospital after her birth she moved into a home in Las Cruces, N.M. shared by her parents and Uncle, Steven Lopez.

The abuse started almost immediately. Instead of hugs and kisses Brianna received slaps and pinches. She was tormented on a daily basis, both verbally and physically. Slapped, kicked, punched, pinched, thrown, raped, etc. You name it this infant endured it.

When Brianna would cry at the pain that was inflicted on her, her abusers would laugh and stuff her mouth with clothing to muffle her screams. Her own mother would bite and pinch her when she got frustrated by the crying, but for the most part it was the infant’s father and uncle who tormented her while Stephanie sat back and ignored her daughter’s cries. 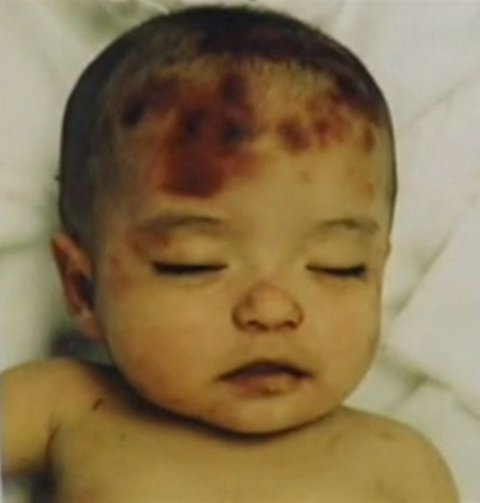 Baby Brianna was what many would consider a strong baby because she managed to survive 153 days despite coming into this cruel world weighing only several pounds. 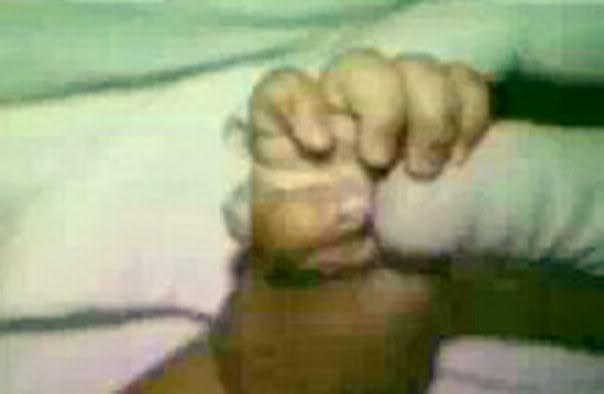 On the evening of July 18th, 2002 Andy went out to purchase beer and when he came home they all proceeded to get drunk. Stephanie claimed to have had only a few beers before heading to bed in the same room the others were in. During this time both Andy and Steven decided to play their own sick, demented game where they would toss Brianna up in the air, let her hit the ceiling and watch her tumble to the ground. They would later tell authorities that Brianna was screaming and wailing when this was happening. Apparently the baby’s mother didn’t hear her daughter screaming and crying in agony.

Early the next morning on July 19, 2002 at approximately 7:15a.m. Stephanie awoke to Brianna crying and noticed fresh bruises on her and asked the others what happened. They told her that they may have been “a little to rough with her last night”. She accepted their answer and ignored her child’s injuries.

That same morning Stephanie noticed Brianna needed a diaper change and Andy volunteered to do it. During the diaper change he wrapped a baby wipe around his finger and inserted it into Brianna’s anus. He also sodomized her with foreign objects. When Stephanie noticed Brianna near death she ignored it and decided to wait several hours before calling an ambulance. When she did find the time to call them, she lied and told them her daughter had fallen from her high chair. Apparently she was delusional enough to think authorities would buy that story.

Brianna was rushed to the hospital where she was pronounced dead at 11:10AM. She was just 5 months and 5 days old. 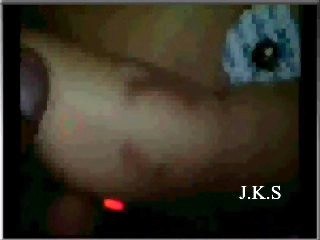 This photo shows the back of Brianna’s head where you can see a large bite mark to her earlobe. 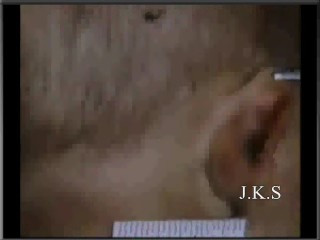 The first officer to see baby Brianna in the hospital was Detective Lindell Wright. He remembers one thought going through his mind: “I’ve got a lot to do.”

“Literally bruised from head to toe, from the top of her head all throughout her body all the way to the big toe on her right foot.” said Governor Susana Martinez who prosecuted Brianna’s family. 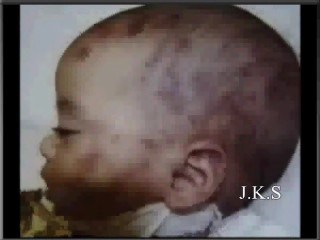 They took sadistic joy out of torturing this infant. Not one family member cared about her, not one of them attempted to protect her and there’s zero proof to suggest she was ever shown love in her short life. She was there for their own sadistic amusement.

When police searched the home they couldn’t find one toy or even a photo of Brianna laughing or smiling. No evidence to indicate she enjoyed one moment of her life.

Many relatives including Brianna’s grandparents knew what was occurring but ignored it. They knew their granddaughter was being raped by both her father and uncle, they knew she had pinch marks from head to toe in different stages of healing, they knew she was being tormented and had marks, cuts and lacerations but they turned a blind eye and let it continue for five, going on six more months until baby Brianna’s little body couldn’t handle the abuse any longer.

Officer Wright has seen a lot during his career but Brianna’s case will haunt him for life.

“I cried my eyes out. It will stay with me for the rest of my life. It tests you to the point you’re not sure you can speak,””You’re afraid that the emotion will take over.” said Wright.

At the time Brianna was murdered a person who committed intentional child abuse resulting in death faced a maximum of 18 years in prison.

“Eighteen years for the life of a child?” State Sen. Mary Jane Garcia of Do Ana said. “I thought it was absurd.”

It took three years of trying and in 2005, Senate Bill 166, also known as the “Baby Brianna Bill” was officially signed into law by Governor Bill Richardson. The bill made child abuse, which results in death, a first degree felony in New Mexico and set the mandatory minimum sentence at 30 years in prison.

Three relatives, including her grandparents, were sentenced to 30 days in jail for failing to report the abuse. The maximum is one year.

Stephanie Lopez was convicted of negligent child abuse after she failed to do anything to help her child. The New Mexico Corrections Department said that she could be released as early as September 28, 2016. Less than 15 for her daughter’s torture death. The New Mexico State Parole Board said that it’s almost certain that she’ll be released, provided that she finds a suitable home and can meet the requirements of her release conditions.

The public was outraged when they heard about the possible release. Dozens created petitions which quickly gained signatures and many called the Governor.

Thousands of people in the community weeped over Brianna’s horrific death. Mourners who never had the chance to meet Brianna in life came together for the baby girl in her after-life. They paid for her casket and burial and claimed her body when nobody else did. Her gravesite became a memorial site with dozens of toys and flowers, something Brianna’s family didn’t approve of.

Brianna’s family and relatives didn’t put a penny towards the child’s funeral, burial and grave-stone. Heck, they didn’t even claim her, the community did. Her family didn’t want Brianna to receive love even after her death and went out of their way to purchase a cage to go over her gravestone in an attempt to shield her. The cage is a mess, unkempt and full of trash.

The community refused to let Brianna and her story simmer and still placed flowers around the cage. They’ve also created another memorial site to visit and remember the little girl who never had a chance.

When asked why they put a cage over Brianna’s grave-site, Brianna’s family had little to say. 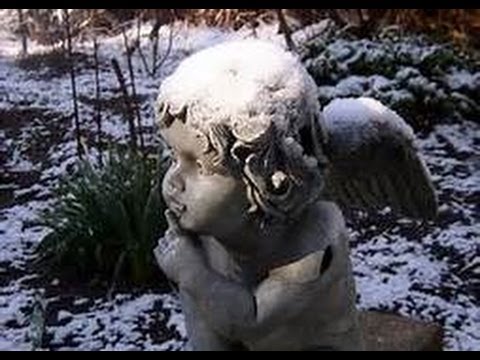 Inside the cage is a cherub with a finger raised to her lips. Some believe it’s a message.

“My first thought was, ‘Let’s not talk about what’s occurred here,’” Lopez said.

The community vows to not let that happen. People still visit and leave flowers and have built another marker as well. Brianna’s story has been told dozens of times and is still being told over a decade later on websites and online memorials including Brianna Lopez Last Memories and Facebook memorials such as In Loving Memory of Baby Brianna

Detectives, social workers and prosecutors who worked on her case will also remember Brianna.

“Before they started the autopsy and her little face was lying on a white sheet and I thought she looks asleep,” Wright said. “So I just took the picture.”

The picture was photo-shopped to edit out all the marks, bruises and scars she had. It’s the Brianna the community likes to remember. The picture hangs on the wall next to Susana Martinez’s desk.

“It’s a reminder, of course, of why we do what we do,” Martinez said. “If you forget you’ll either become calloused or you will become Jell-O. “You can’t do this job well unless you are in the middle, and that’s just a good reminder why we do it.”

Brianna is never far from the detective either. “It drives me to work harder to prevent, to be a voice for every child of abuse,” Wright said. “That’s what it does.” 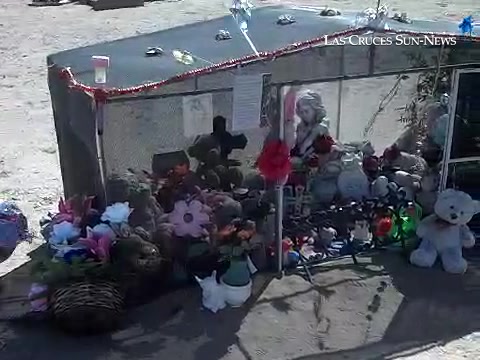 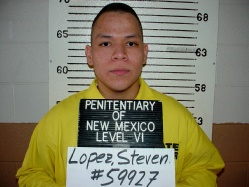 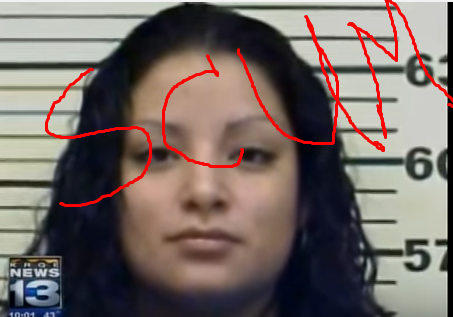 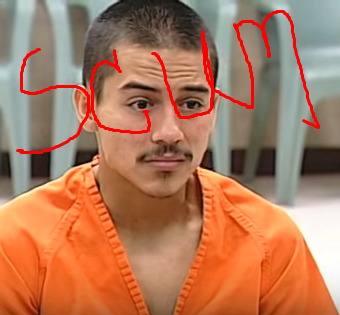 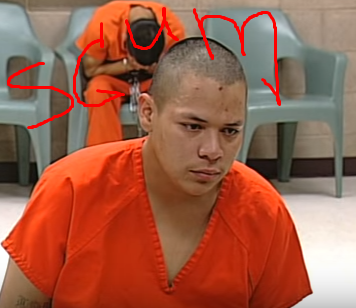 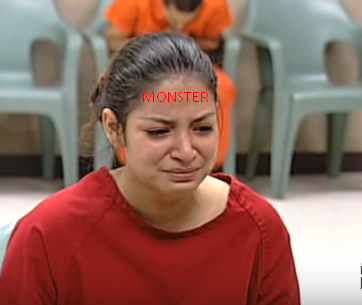