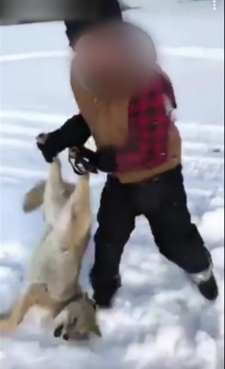 A Grande Prairie man who shared the video with CBC News said he reported the incident to RCMP and Alberta Fish and Wildlife. He asked CBC News to keep his name confidential.
He said the incident happened in Sexsmith over the weekend.
He described the video as grotesque and inhumane.
“Very disturbing,” he said. “That’s some very sociopathic behavior. It’s blatantly criminal.”
The man said he does not know the boys personally but felt compelled to report them. He said he hopes they are held accountable and “get some help.”
“I mean, just look at how disturbing that video is, especially when the coyote is sitting there with fear in its face and they zoom in on it and laugh.
“It’s just heart-wrenching and disturbing on two ends of the spectrum.
“No sane human would accept that.”